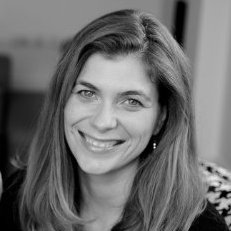 Simi Wilhelm Shah is a UK-based Doula at Dartmouth Park Doulas, where she provides non-medical support and access to improved education during pregnancy and feeding support and antenatal classes during the postnatal period. She is also an experienced impact investor and serves as the Managing Partner at Shah Capital, which provides strategic and project management services in social investment for governmental, individual and institutional clients. Previously, she was also the Managing Director of The Women Effect, a community of investors and philanthropists deploying capital with a gender lens. Prior to joining Women Effect, she was the Investment Director of The Social Investment Business, a £400m fund using a variety of impact-first strategies and blended vehicles to achieve positive social and economic outcomes for UK beneficiaries.

Can you tell us about your work with Dartmouth Park Doulas?

Simi Shah: I became pregnant with my first child a few months after moving to London after finishing up at Penn. I was feeling like I was in very unfamiliar waters – new job, new country, no family close, new health system and suffice to say, no previous experience with birth. My husband and I hired a doula, which is someone who provides non-medical support and ensures the mother and her partner can articulate their choices throughout labour. When the time came, our doula turned around a situation that was going in the opposite direction that I had wanted with a combination of support for me and appropriate collaboration with the health care providers. I became fascinated with what is essentially a gap in the market – continuity of care that is mother centered and views birth as a normal physiological process. I went on to train as a doula here in London with Dr Michel Odent, the French obstetrician, author and founder of The Primal Research Center, and in 2015, I welcomed ‘my’ first baby and founded Dartmouth Park Doulas, which is the trading name for my doula services. I have some thoughts about growing that into a practice at a point in the future but for now I am just enjoying the direct relationship I have with my clients.

From your work experiences, what are the biggest challenges women face during the pregnancy and postnatal periods?

Simi Shah: That would depend where in the world you find yourself having your baby. For some, it’s lack of control over reproductive health in the first instance but also basic care and sanitation. For many, it’s lack of access to the type of care a new mother deserves. I think that all over the world, including in the US, UK and similar countries, women are receiving conflicting advice, much of which is not fully evidence based, varying levels of loss of dignity and choice over what happens to their own body and that old chestnut — the feeling of not being good enough, which is sometimes coming from within and sometimes externally in the messages we sow about what a mother, or a woman, or a professional woman should be. For these reasons and more, birthing and the period that surrounds it is a women’s rights issue.

What are some of the maternal health projects in developing countries that Dartmouth Park Doulas helps finance?

Simi Shah: Ten percent of the revenue is philanthropically invested to support women’s birth experience in the Global South. I am currently supporting the Bumi Sehat Foundation and The Nurture Project. I learned about Bumi Sehat when a good friend and fellow doula returned from visiting the Bali location full of awe about what renowned author midwife Robin Lim (author of Orgasmic Birth) and her team are doing to support poor women to have a healthy pregnancy and birth in the childbirth center there and in post-tsunami Aceh in Indonesia. The Nurture Project is a relatively new organisation that has sprung up in response to the Syrian refugee crisis, but is now expanding to serve those affected by war in Iraq. There are over 60,000 refugees in Greece and more than half of them are women and children. The Nurture Project supports women in camps and temporary housing with basic antenatal and postnatal care with a special emphasis on feeding. There is a serious issue with artificial feeding and hygiene in the camps so women are supported to breastfeed where possible but also given specialist support when artificial feeding via infant formula is the only option. The program is delivered on the ground almost entirely by volunteers who are midwives, nurses, doulas and feeding specialists back at home.

Can you tell us about your work with social innovation organizations?

Simi Shah: When I was at Penn, the terms impact investing had not yet been spoken and social entrepreneurship was only just being whispered. However, between my class at the Graduate School of Education on entrepreneurship in education and finance classes at Wharton I somehow caught the bug about the fact that finance could be used as a tool for social change. Once in London, I took a job with the Adventure Capital Fund, the first social impact fund in the UK which was seeded by the government in 2004 as an experiment to test whether ‘traditional’ financing such as debt, could be successful in growing the social enterprise market. This initiative grew to become The Social Investment Business which is a series of funds totalling £400m, the largest of its kind in Europe. Our investments were focused on multiple sectors, delivering social impact to communities in England and Wales and I worked on deals for mosques, schools, charities, hospitals and small social enterprises. We experimented in tailoring a variety of financial instruments for the social finance market in the UK which has now grown up and around the fund. I served as Head of Investments until 2011 when I became an independent consultant offering strategic operations and fund design and management services services to government, institutional and private investors and other social finance organisations. I work with clients who consider themselves in or connected to the impact investing world but I think we need to move to an understanding in finance that every investment has impact – whether that be positive, negative or transformative.

Simi Shah: I was introduced to gender lens investing by fellow Wharton/Penn alum Suzanne Biegel and Joy Anderson, pioneers and current leaders of the nascent field which lives at the intersections of gender and finance. In 2015, I was asked to take on a full time engagement to serve as the Managing Director for a pilot project to establish a global community of investors who were moving money with a ‘women effect’, a term the media coined to describe investment activity in, for and by women and girls. The investors who make up this community are incredibly diverse but the basic premise is that more data is a good thing. Folding a gender analysis into investment decisions can only improve them and will raise new opportunities for financial and social impact. The pilot concluded late last year and The Women Effect project is now being housed in the Wharton Social Impact Initiative. I am now back to managing a portfolio of projects, one of which is with Criterion Institute, which is the leading think tank on finance as a tool for social change and is credited with ‘birthing’ the gender lens investing field. I am assisting the team on growing and deepening partnerships with institutions who support leaders to do this work around the world.

What advice do you have for individuals interested in maternal health work?

Simi Shah: You have to be utterly ‘in’ love with women. By that I mean you have to have an unwavering belief in their capacity, resilience and ability to know what’s right for them and their families. You have to have a sense of joy and wonderment at the transition they are going through – physically and mentally. You will serve a new or mother to be best when you see yourself as an invited guest into that experience and realize you have just as much to learn or gain.

What are your favorite books websites films and resources related to maternal health and/or social entrepreneurship?

Simi Shah: On my night stand at the moment is The Health Gap by Michael Marmot which is an excellent discussion about the all too familiar health inequalities within and between country level populations around the world, most of which by the way, we have the tools to solve. Expecting Better by economist Emily Oster who empowers women to look past the oversimplified advice and depersonalized care they receive to make evidence based decisions which are relevant to them during pregnancy and beyond is a great read. The back cover describes it as Freakonomics meets What to Expect When You’re Expecting which is about right. If you want to spend some more time mulling over birthing as a human rights issue, visit the Birthrights website. The seminal pieces in the impact investing world are The Power of Impact Investing: Putting Markets to Work for Profit and Global Good by Margot Brandenburg and our very own Judith Rodin as well as by Impact Investing: Transforming How We Make Money While Making a Difference by Anthony Bugg-Levine and Jed Emerson. For those who want to focus their gender lens, I would recommend Fast Forward by Kim Azzarelli and Melanne Verveer and Gender Lens Investing: Uncovering Opportunities for Growth, Return and Impact by Jackie VanderBrug and Joseph Quinlan. Additionally, the The Women Effect resource site is a great 101 and philanthropist Jacqui Zehner’s compendium of resources on women and girls is the most exhaustive.