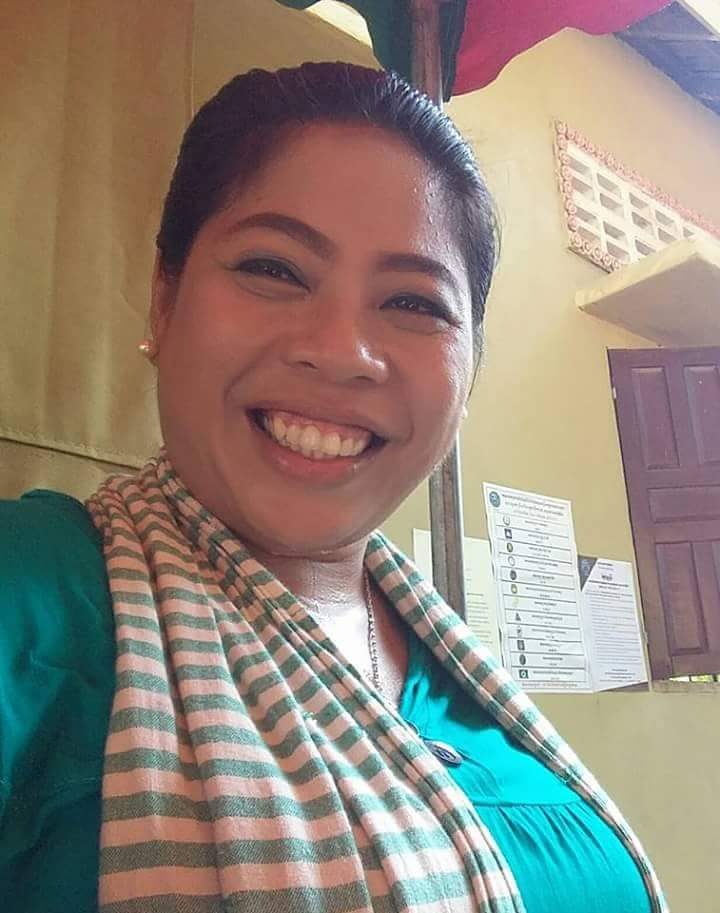 Maly Phoung Nhean is the Executive Director and Founder of Rachna Satrei, a grassroots non-governmental organization that seeks to improve the socioeconomic situation of women, children and the disabled in Siep Reap, Cambodia through education, advocacy and community development projects. With over ten years’ experience in operations and executive leadership in Cambodia’s non-profit sector, Maly is also the Coordinator of Siem Reap’s NGO Network, which represents over 150 nonprofits. Maly founded Rachna Satrei because of her passion for her home country and is a deeply committed advocate for Cambodia’s most disadvantaged groups: women, children and the disabled. She fights tirelessly for human rights, sustainable environment and a brighter future for Cambodia. Her areas of expertise include capacity and community development, organizational development and management, gender rights and public relations. She holds a Masters Degree in General Management and Accounting.

How did you come to co-found Rachna Satrei and what were the biggest challenges you faced when starting Rachna Satrei?

Maly Phoung Nhean: During 2005, I founded Rachna Satrei and registered the organization with the Ministry of Interior (MoI). I founded Rachna Satrei because I noticed there were very few women represented at companies’ leadership levels. Therefore, there was no one interested in working to empower women through promoting human rights, promoting democracy, while also strengthening women economies and building their capacities.

When first establishing Rachna Satrei, I struggled to secure funding opportunities for my projects. Plus, it was extremely difficult to convince the government to approve my project proposals. However, I committed myself to start with smaller scaled projects that were focused on improving women economies through capacity building. For example, Rachna Satrei’s first project was a female micro-finance project. I provided funding to ten different organized groups of women. Over a six month duration, local interns and I conducted regular community meetings to monitor the progress of the women’s ability to distribute the money among themselves and their ability to make investments. I was the individual who provided the women groups with training on book keeping, financial management, business/enterprise planning, as well as communication and negotiation skills.

While I worked for Rachna Satrei full time, I could only hire part time interns straight out of high school to assist me. I was only able to pay my interns less than $100/month. Plus, Rachna Satrei’s annually expenses were $5000/year which I had to cover with my own money for over three years. In addition to my responsibilities with Rachna Satrei, during 2006, the NGO Network of Siem Reap was searching for a steering committee. 46 local and international NGOs nominated me to be serve as the Chair of the NGO Network.

During 2008, Denmark’s development cooperation, DANIDA, a program under the Ministry of Foreign Affairs of Denmark, gave Rachna Satrei $50,000. This money was used for a project which improved the livelihood and natural resource management of 970 families in two districts, Banteay Srey and Angkor Chhum. Shortly after, other international sponsor such as Minnesota Veterans for Progress, the United Nations Development Program, and Heifer International began funding various projects of ours.

Although it was extremely difficult at first, I have now illustrated my commitment to empower women in Cambodia and have improved Rachna Satrei’s reputation as a credible NGO on the sub-national and national level. I have also demonstrated my ability to utilize funding from international donors. Now, I have help raising funds and establishing international relationships/networks from international interns.

Can you tell us about Rachna Satrei’s programs for women and how they address community needs?

Maly Phoung Nhean: Rachna Satrei’s Biggest Current Project is the Project Inspire Vocational Sewing School. Project Inspire aims to provide women who previously struggled to find employment or were living in compromised situations with practical sewing and business skills. This program directly addresses problems which contribute to inequality: economic dependence, ignorance of rights and laws protecting women and children, lack of context and education about the broader opportunities, and ongoing gender discrimination in the home and the community.

What are your long-term strategic goals for Rachna Satrei?

Our second objective is to enhance women leadership roles both at the grassroots level as well as the international level, so they are able to better advocate democratic policy and women’s rights.

Our third goal is to improve the living standards of vulnerable women and their families. We strive to expand their livelihood/employment choices and increase their resilience from climate change and natural disasters.

Rachna Satrei’s last goal is to increase awareness regarding domestic violence laws, child trafficking, unsafe migration. This is in order to generate positive behavior and awareness in communities to reduce all form discrimination and gender equality.

What are some determinants of a successful nonprofit organization?

Maly Phoung Nhean: Rachna Satrei’s projects have benefited over 11,984 people representing over 2,996 families throughout 85 villages in 6 different districts in the Siem Reap province.

For a nonprofit organization to be successful, especially in Southeast Asia, it needs to learn how to adapt the positive aspects of Western ideals/doctrines and incorporate them into their organization’s goals. The organization must also make an effort to not only preach its goals. For instance, instead of merely claiming to support local businesses/entrepreneurs, the organization must go and buy products from local, rural businesses instead of the bigger markets/corporations in the town center. The organization should also not depend on donor money. It will not be able to achieve its aspirations. Organizations must be socially accountable, be a part of the solution.

Maly Phoung Nhean: When I was younger I learned about Cambodia’s first female ruler, Queen Neang Neak, also known as Queen Soma. Cambodia was an extremely prosperous, glorious, and united country during the 1st century when Neang Neak ruled. Queen Neang Neak’s ideology and passion to protect the Khmer culture after marrying her Indian husband, inspired me to strive and return prosperity and equality to the citizens of Cambodia. When I meditate I feel a deep spiritual connection to Khmer history and am excited to help promote the value of women just like Queen Neang Neak. I also dream that during my lifetime,  Cambodia will be have another women Prime Minister as other countries do.

What advice do you have for individuals interested in nonprofit careers?

Maly Phoung Nhean: I often tell individuals who are interested in pursuing careers in a nonprofit organization to pursue their dreams, but manage their expectations for the future. Even though they want to make a positive impact, they need to be socially accountable in order to achieve their objectives and goals. They need to understand who they are as an individual, what they have to offer skill and idea wise, and where they want to go in the future. Then they can figure out exactly how they want to help others through nonprofit work and how they plan to implement their ideas. I also suggest that individuals constantly reevaluate and update their goals, while also searching for new places and people to support and empower. I emphasize that individuals interested in nonprofit work should never lose their confidence and should never abandon their mission. If they are not successful initially, they should not punish themselves.

My favorite films are: