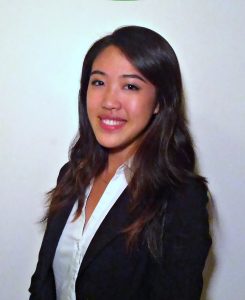 Kristina Hu is a sophomore at Harvard University, studying Statistics and Economics. Passionate about the fields of Science, Technology, Engineering and Mathematics (STEM), Kristina hopes to increase female representation within technology and business, and foster women’s leadership and excellence in STEM. Currently, Kristina is involved with Smart Woman Securities, a nonprofit organization focused on investment education for undergraduate women. She is also a member of the Harvard Undergraduate Women in Business, which seeks to empower women by uniting them through business education and experience, and sings a capella with the Harvard Lowkeys. Ultimately, she hopes to pursue a career at the nexus of business and technology.

Kristina Hu: I am currently a sophomore at Harvard University studying Statistics and Economics, with a keen interest in the intersection of business and technology.  Originally from the suburbs of Northern Virginia, I was raised by two scientists who immigrated to the United States from China in pursuit of their PhD degrees.  From a young age I was encouraged to ask the big questions, and I distinctly remember spending Sunday nights mesmerized in front of the TV, watching Discovery channel documentaries on microbial life, prehistoric evolution and the physics of our solar system.  This passion continued into high school, where at Thomas Jefferson High School for Science and Technology, I became captain of the Varsity Math Team, a silver division member of the Senior Computer Team and a regular member of the Physics and Biology Olympiad teams.  In 2011, I had the honor of being one of 47 U.S. high school students selected to attend theResearch Science Institute, where I spent a summer at Harvard investigating tandem repeat sequences in fruit fly DNA for links to developmental diseases.  After my third year of high school, I decided I was ready to jump-start my college education and graduated with the class of 2012.

Women LEAD: What activities and societies are you involved with at university?

Kristina Hu: At Harvard, I serve as the Chief Investment Officer for Smart Woman Securities, a non-profit organization focused on empowering and educating young women about investing in the financial markets.  I am also involved in several other business, finance, and women’s organizations, including Women in Business and theHarvard Financial Analysts’ Club.  I work two part-time jobs on campus – one as a course assistant for Multivariable Calculus in the Harvard Univ. Math Department, and the other as tech support staff for the University walk-in IT clinic.  In my free time, I sing co-ed a capella with the Harvard Lowkeys, volunteer with Harvard China Care, and engage in service work with my fraternity, Kappa Alpha Theta.

Kristina Hu: I am incredibly blessed to call my mother my biggest female role model. My mom attended Beijing University (北京大学) before immigrating to the United States in her early twenties to pursue further education with only a one hundred dollar bill in her pocket. Since then, she and my father have carved out a successful living for themselves, achieving their own version of the American Dream, through their dedication and hard work.

My mother was the only girl in “Spectroscopy and Quantum Electronics,” one of the four divisions in the “Radio Electronics Department” (similar to Electrical Engineering in the United States) in 1981-1985. She has taught me that there are no limits to what I am capable of achieving, and that if I want something, I should go for it. So many women live their lives within the status quo, constantly waiting for “permission,” and my mom is a shining example of breaking established boundaries and taking advantage of your opportunities.

Women LEAD: What does women’s leadership mean to you?

Kristina Hu: This summer, I worked in software development at a startup company in New York City.  On the first day of my internship, I noticed that I was one of only two female engineers on a team of twenty.  While scanning through a company marketing report later that month, I found out that of 26,000 customers who invested with the company, only 20% were women.  While neither fact fazed me from having an amazing internship experience, one thought nagged at the back of my mind all summer.  Women were earning higher college degrees and salaries than ever – yet across so many sectors of business, engineering, technology, and politics, they continue to be heavily underrepresented.

For someone who has grown up battling less-than-equal gender ratios in STEM at school, seeing the extent of the disparity in the workforce was a real shock.  Without women leaders to serve as models of success, girls are less likely to pursue excellence in these fields, and the gender imbalance becomes a cyclic problem.  Since then, I have made it my personal mission to increase female representation within business and technology fostering women’s leadership and excellence in STEM at the community level.

Women LEAD: What needs to change to increase participation in STEM-related fields from this generation of women?

Kristina Hu: While STEM education is obviously underfunded by the government, taxpayer dollars alone cannot help solve the problem.  We need to start encouraging girls to pursue STEM from a young age as their sisters, mothers, teachers and friends.  We can accomplish this by investing in their academic excellence, expanding their pool of resources, and exposing them to books, documentaries, museums and role models who shape their passions and dreams.

Women LEAD: What advice would you give to girls and women who are interested in pursuing a career in STEM-related fields?

Kristina Hu: Exhaust the resources you are given, and then ask for more.  There is no such thing as “too young” to make a difference in the world.  Want to be a doctor when you grow up?  Enroll in the most challenging biology and chemistry classes offered in school.  Call up a local physician and ask to shadow her work for an afternoon.  Talk to a professor at a local laboratory, and spend your high school summers doing stem cell research at his or her lab.  Become actively involved in student science organizations at your school, and if none exist, be the first to found one.  The key to success is seizing opportunity and becoming fearless of failure.