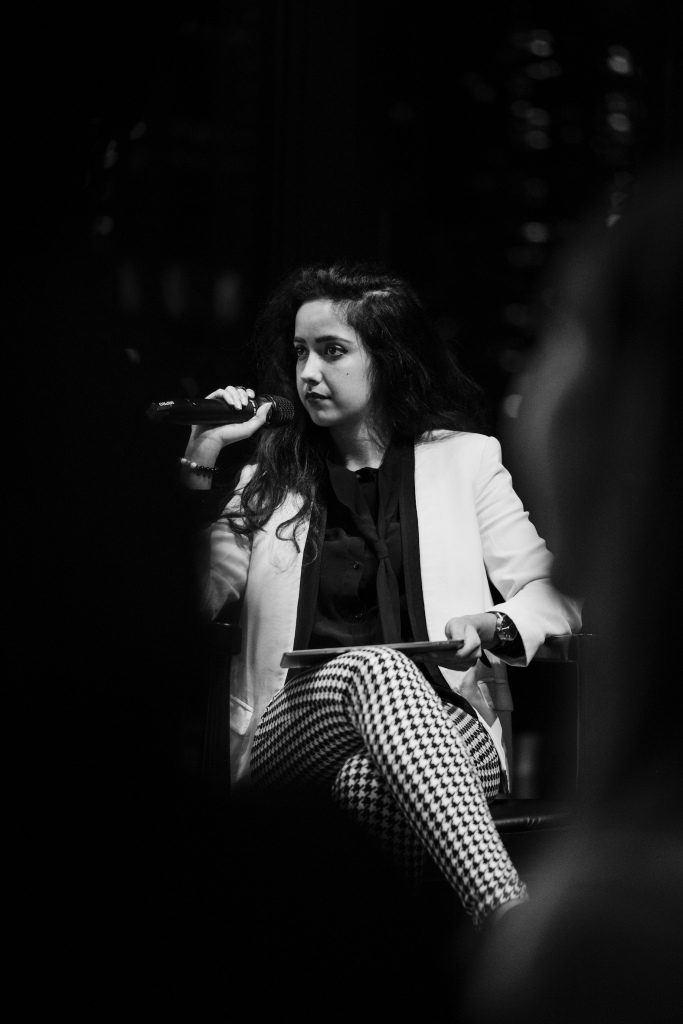 Keshia Hannam is the Head of Content & Brand Partnerships at Mettā, an innovation network birthed in Hong Kong connecting people, ideas and resources. She is the co-founder of Camel Assembly, a platform where diverse female leaders come together to create. On International Women’s Day 2017, Keshia hosted and moderated the International Women’s Day Lightning Talks, which canvassed the views and experiences of female leaders who are spearheading local innovation in tech, culture, social media, and politics. She is also a freelance writer for online and print platforms including Forbes, CNN, Tatler, Huffington Post, and Time Out Hong Kong.

Can you tell us how you came to join Mettā and some of the key initiatives you have led as Mettā’s Head of Content & Brand Partnerships?

Keshia Hannam: When I left my job as the digital editor for one of Asia’s largest food magazines, the then Chairman of the company found out and casually suggested I met with the Managing Partner. I had 4 months of traveling and writing ahead of me at that point, but I agree to work remotely during the launch and then when I returned in June, I was besotted by the potential of what Mettā could be, I joined full time.

Since then, we’ve run the first month-long F&B / Health / Fin / Fashion / Education / Networks and Smart City symposiums for Hong Kong, brought together the HK government on three occasions to discuss startups, the place of innovation companies, food waste/environmentalism and smart cities, seen new apps and accelerators formed, held over 300 events and seen 7000+ people walk through the door. The New York Times, Facebook, MIT and myriad more have launched new initiatives with us/through our network, we’ve been the official innovation partner for the first ever Formula E and Sonar Festival in Hong Kong, and Monocle named us one of the ‘100 best places, concepts and ideas’ for 2016. Not bad for 7 months of operation.

You are also a founding member of Camel Assembly, which seeks to be a hub of creativity for female leaders. What inspired you to found Camel Assembly and what has its impact been so far?

Keshia Hannam: I didn’t really decide to; it all happened rather serendipitously. Which is very much the same narrative of the group itself. I attended a Camel Assembly in New York – the birthplace of the movement – which was being run by the founder Yelda Ali. I remember walking into a hive of forceful energy; a room filled with women who were simultaneously welcoming, overtly creative and pioneering in their fields. Noticing the ease with which connections were made, I decided it was precisely the type of format that every woman in every city needs, especially Hong Kong, where I knew a lot of admirable, ‘boss’ women, who would thrive in a similar environment. We brought it to Hong Kong, and it’s been explosive. The reaction proved the concept worked globally, so Yelda and I joined forces and spent months defining, refining and projecting what Camel Assembly could be until it has progressed (and continues to do so) to the level it is now.

Can you talk about some of Camel Assembly’s programs for women?

Keshia Hannam: We believe in bringing women together around four main ideas: Be Healthy, Learn Something, Act Now, Tell Stories. All of our programs, activations and events are anchored in these themes. We have poetry slams in New York, book clubs in Hong Kong, a media company being launched in LA. A mental health program is being developed here, and in the States we’ve launched a content-driven boxing class that teaches women to speak out and fight back regarding domestic abuse–literally and figuratively. We have everything in the pipes from video mini-series to music festivals to wellness workshops, as this is a living ecosystem build on radical collaboration. It’s not about what the end goal is, it’s about the strength of a network of women that’s build on a platform of inspiration, intelligence and intentionality.

Moreover, you hosted General Assembly‘s International Women’s Day Lightning Talks in March 2017. Can you share your experiences as a host, and what were your most valuable takeaways from this job?

Keshia Hannam: That was a magical moment for me, bringing together International Women’s Day with both Mettā and Camel Assembly. The experience was superb, and the most valuable thing we did was remove the barriers between stage and audience. I believe they should always be the same thing: experts should certainly lead and set an agenda, but every person is valid within a field and we have much to learn from one another. By physically taking the microphone around the room, the whole cohort is engaged, and our perspective becomes far more broad.

The global creative action, led by friend, artist and photographer Katie Vajda. It was so important to include something creative in this event because honestly, how many panels can any of us stand…?

Going forward, what trends and opportunities do you see in marketing and content creation related to women’s issues?

Keshia Hannam: Content created by and for women must be more intelligent, more creative, less typical and more gutsy. As I said during my opening speech on International Women’s Day, the most revolutionary thing in the world is when women are public. Public with their opinions and dreams, public with their art and intellectual property. We have to stop feeling like we need to be men to be seen and heard: to succeed. We also have to stop adhering to stereotypes of what women need to be to be seen and heard: women’s sites overuse exclamation marks more than a bad American informercial. Women have the chance to be sharp and imaginative in this era where anything ‘women’ is oversubscribed. That’s a large responsibility and need be acknowledged and capitalized as such.

Keshia Hannam: To me, women’s empowerment has become a marketing tool. It’s something for us to buy, rather than something for us to feel. It’s the most bizarre thing that empowerment is targeted to women and not men, and I, even being entirely submerged in the ‘female space’ haven’t even authentically articulated the phrase and nor have any of the people around me.

Rather than focusing on empowerment, we should just do things. Action our dreams. Move forward and stop looking in the review mirror. At Camel Assembly we weren’t trying to be a women’s empowerment movement (obviously; look at our name). We were just strong-willed, creative and driven women who came together to use our time effectively and enjoyably and the result was empowering, inspiring.

Keshia Hannam: My mother and grandmother are two of the strongest, most kind, wise and selfless human beings I have ever come to know. My grandmother was a matriarch, author, educator and pillar of the community. Everyone, man and woman, looked to her for guidance and as an ethical role model.

My mother accidentally ended up in Hong Kong working for Cathay Pacific in the 80s, and exists as a living example that when your life is meant to take a certain course, it shall. She is adventurous, sacrificial and the perfect mother.

What are your favorite books, films, websites and resources related to women’s issues?

Keshia Hannam: One of my favorite things to say, especially to young women, is “you need not bigger boobs, but to read better books”. So this is a great question!

Every human must read Half the Sky by Nicholas Kristof, as it outlines empirically how we can restructure society to emancipate the female half of the workforce to subsequently change the world.

Daring Greatly by Brene Brown leads us to understand how we can champion certain traits, such as vulnerability and abundance that are often attributed to being female, to create a healthier society that transforms the out by look at what’s in.

I Love Dick by Chris Kraus inventively rewrites representations of the dreaded female inner life. Books by women are sometimes condescendingly described as intimate, inconsequential, or limited to domestic subjects—her book isn’t an answer. It’s hypothesis and leaves the meaning to the interpretation of the reader.

A Thousand Splendid Suns by Khaled Hosseini offers a window into the reality of many women that are rarely spoken about. It’s direly important our range of perspective evolves past the predominant authorship of the minority, English speaking world.

These titles aren’t necessarily for women, and that’s a huge plus. We don’t need to read books about women for women any more than we need to validate other types of circular reasoning. These are human issues, and we have to create and champion resources that speak to everyone.