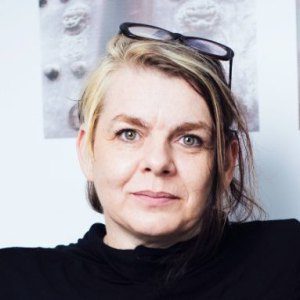 Jo Farrell is an award-winning documentary photographer and cultural anthropologist based in Hong Kong. The creator and leader of Living History, which documents the lives of the last remaining women in China with bound feet, Jo is deeply passionate about representing tradition and culture through the vehicle of art, particularly women’s traditions that are about to fade away from history. She has presented at theTEDxWarwick 2015 and TEDxWanchaiWomen 2015 conferences on perceptions of beauty, tradition, and culture, and her work has been featured in a variety of print and online platforms, including BBC, The Wall Street Journal, Washington Post, and The Smithsonian Magazine.

Jo Farrell: After I left school I worked for a publisher of art and architectural books and magazines, initially doing layout and design which expanded to writing articles and doing research. I recall writing reviews on new photography books including Eugene W. Smith and CHIM—it opened up a whole new world for me. Over the past twenty years I have worked with numerous publishers, which progressed to being a Communications and event organiser. I have coordinated the marketing and book publishing needs for architects in London, San Francisco and Hong Kong. On the last architectural book, I coordinated the ten chapters on Asian cities and their projects, which included all the research, text, image sourcing, and commissioning of new material. I find publishing extremely rewarding as there is a finished product and a pride in what you have put together. It has also taught me valuable tools for being an artist. You can be an outstanding painter/ photographer / sculptor but you have to get your work out there, network, be your own social media and promotional guru. You cannot leave it to chance – you have to believe whole heatedly in what you are doing and follow your passion.

As to why I am a photographer—I had been surrounded by photography books and transparencies most of my life. It wasn’t until I went to Beijing in 1998 and started getting up early to photograph the backstreets of the city that it finally dawned on me that this was my passion. I realized like a ton of bricks falling on me that I did not want to do anything else.

Women LEAD: You led a photography project and wrote a book called Living History: Bound Feet Women of China, which documents the last remaining women in China with bound feet. What inspired you to start these initiatives?

Jo Farrell: I have always been interested in traditions and cultures that are dying out. My father is an architect and a lot of his work has been about rejuvenating and regenerating buildings or areas, rather than demolishing and building something new. I deeply value this idea of looking at the cultural significance and history of a place—which expanded, into my own interest of recording the world disappearing around us and endeavouring to capture it on film. The loss of what was once important.

As a woman, I decided to focus on Women’s traditions that are fading away before they are totally eradicated. To capture their essence before it is too late. Having been in and out of Asia for the past 20-25 years, my first thought was of women with bound feet. I have many books on China, starting with the books: Wild Swans and Life & Death in Shanghaiwhich introduced me to foot binding. I assumed that there were few women left alive who had bound feet and started asking my contacts in mainland China if they knew. I eventually came across a driver who said his grandmother had bound feet – she became the first women in the project. Since then it has been through word and mouth that I have discovered more women.

After meeting the first woman, Zhang Yun Ying—I became more and more interested in why they followed this tradition. On the day I met Zhang, she showed me her feet and I held her foot in my hands—it was so soft, small and perfectly formed like a sculpture—I was in awe, what this woman had gone through to achieve what was considered beautiful and expected in her own society. It made me start thinking about what women will do in order to attain status, to be considered worthy or marriage potential.

Women LEAD: What has been the impact of these initiatives?

Jo Farrell: I believe that my project on women and bound feet has opened up a discussion of not only why women themselves accepted this tradition but also questions our actions in modern day society. My aim was to show the lives of these women, looking beyond the feet and giving them a voice. The majority of books and articles are about the beautiful embroided shoes of the wealthy and detailing the eroticism behind the practice. I wanted to show these women in a new light, how strong and courageous they have been to endure footbinding, live through the Cultural Revolution and the great famine and now in their 80s and 90s are still active. It’s more about recording for prosperity the lives of these incredible women.

Jo Farrell: In the 70s and 80s my Mother, Rosie, owned and ran a restaurant in England—it served Victorian and Edwardian recipes, and was recommended by the Michelin and Egon Ronay food guides. I briefly attended an all girls school where I was teased that my Mum had to work for a living – how very short sighted they were. My Mum gave me the confidence and continually gives me the confidence that as I woman I can chose my own path, and try new things. I have never questioned whether I could or could not do a job because of my gender.

Women LEAD: On a personal level, why does women’s empowerment matter to you?

Jo Farrell: I think it is important for everyone to have the freedom to be in control of their own life and to be an active part of the system that shapes the decisions in their community. Discrimination in any form is deplorable, empowerment is about being treated as an equal. We also have to be sensitive to other cultures needs and values without enforcing our own believes on others. Women play an important role in perpetuating patriarchal norms to concede to their own society. Women’s empowerment is about building confidence, trust and support. It is about encouraging others to shoot for the stars.

I have always been independent minded and have certainly worked in situations which have had their gender-centric bullshit. I won’t put up with it and speak out about concerns that I have—it is typically not well received but that is as expected as it is coming from people who have issues in the first place. If you don’t say anything it will go on infinitum, so you have to start somewhere and get people to think about their own actions.

Women LEAD: What does being an artist mean to you?

Jo Farrell: I am a very visual person, so my thought process on a daily basis is about what I see directly in front of me. It is about exploring and discovering new things; pausing and capturing. I want to hold onto the memories.

One slightly strange thing I like to do is to make sure I travel the same road in both directions, seeing the same thing from a different perspective is very eye opening. I often feel like a fly on the wall, watching the world go by from a distance, behind the lens. Always being visually stimulated, As Jack London said: “You can’t wait for inspiration, you have to go after it with a club.”

Being an artist means being engulfed in ones passion and trying to make a basic living. I could be still working in the corporate world but I would not be fulfilled. As an artist you rarely have any form of security but you do have satisfaction in what you create. You have to weigh-up being fulfilled vs. being financially stable—it’s a hard choice. Being insolvent is extremely stressful.

Women LEAD: In your opinion, what is the role the arts play in galvanizing social change?

Jo Farrell: Art encourages people to look at things from a different perspective, creating insight and engagement. Art is subjective and begs people to question what they are looking at. It can integrate creative ideas with social issues to address or highlight what is going on in the world around us. It creates an open dialogue. Art gives a voice to many topics that the public can absorb and be reactive to.

You look at projects by photographers like Mary Ellen Mark or Sebastio Salgado who have captured the plight of labourers, prostitutes, the homeless, basically those on the edge of society—they have documented economic and social change that is often ignored.

Women LEAD: What advice do you have for people interested in making a difference?

Jo Farrell: Try. Fail. Try again. The more you are invested in a project, the more likely it is to succeed.

Jo Farrell: In my research I have come across documentaries and websites about labiaplasty—cosmetic surgery for female genitalia, where women are opting to have a surgeon slice away at their vulva to be more aesthetically pleasing. These procedures are becoming more and more common place—I believe because of greater access to pornographic imagery—as all too often women think that there is something wrong with their own bodies. In the documentary “The Perfect Vagina”, the researcher speaks to the artist Jamie McCartney whose work includes “The Great Wall of Vagina” where he has made over 400 plaster cast moulds of women’s vulvas in aim to show us how each one is unique and nothing to be ashamed about. In the documentary a woman chooses not to go through with the surgery after having Jamie makes a mould of her vulva—to me that is empowerment. I met up with Jamie in June this year and discussed his project, I asked how as a man had this project come about and he told me that he has had very strong women in his life and felt that this was an important issue to address.