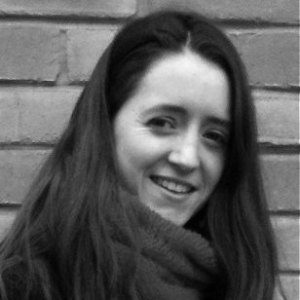 Georgina-Kate Adams is a British freelance journalist, who has worked with internationally renowned publications like The Daily Telegraph and British Vogue. Passionate about economic development, Georgina-Kate founded The Seed, Africa, a crowdfunding campaign dedicated to supporting girls’ education in Swaziland. Since its founding, The Seed has empowered people to come together to raise over £7,000 to fund one girl’s boarding school tuition.

Georgina-Kate Adams: I started my career volunteering as a human rights journalist on a Liberian refugee camp in Ghana. The year before, I left my native UK to spend a month as a volunteer in Swaziland. I was very lucky to grow up in a happy, supportive family and have always cared deeply for children, so loved looking after the kids I met there.

Over the following years, I completed a formal journalism degree and worked in the fashion, sustainability and business sectors. I stayed in touch with a young girl I had met in Swaziland and sponsored her to go to school each year.

Africa never left my mind and I even wrote my dissertation about the representation and cultural identity of women in Swaziland. After revisiting the country after seven years in 2012, I decided I wanted to focus on the development sector and was offered a job working for a social enterprise in Swaziland. 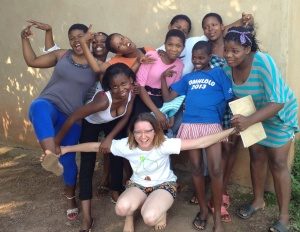 Women LEAD: You are the Founder of The Seed, Africa, a dynamic crowdfunding project that supports girls’ education in Southern Africa. Can you tell us more about The Seed, Africa and its impact?

Georgina-Kate Adams: When I visited Swaziland in 2012, I took the girl I had been sponsoring to sit entrance exams for the two best boarding schools in the country. To her credit, she got in, but unfortunately the fees were beyond my means. I started The Seed, Africa to crowdfund a scholarship, believing that when you educate a girl you plant a seed to change the world.

In just over a month we raised £7,300 ($12,500) from around 200 people and Lelo enrolled at her dream school a few weeks later. The positive impact this had on her was extraordinary. Her confidence blossomed, she learnt to use a computer for the first time and she’s experienced people and places she never had before.

On Day of the Girl 2013, I went on Swaziland’s breakfast television to announce the launch of The Seed Girls Group – a weekly girls empowerment group for 13-21 year olds in the same community where Lelo grew up. This expanded the reach of our work to another 10 outgoing girls, who have been meeting with a coordinator every Saturday since.

The focus of the group is on careers development, confidence building and community alleviation – empowering the girls to live their dreams!

Women LEAD: What motivates you to keep fighting for girls’ education in Africa?

Georgina-Kate Adams: Everyday new baby girls are being born in Africa. (Often to families without the means to look after them.) The issues of poverty and gender inequality are very real, but educating girls represents the best opportunity to secure a better future for the next generation. The future that every girl, every child, deserves.

When you educate a girl she essentially develops a gun in each pocket. One called wisdom and one called choice. With these weapons to protect her, she has a much better chance of avoiding early marriage, premature pregnancy and HIV. And instead to secure a job, become financially independent and reinvest her income back into her family and community.

The Seed has managed to sponsor one girl through school, but what of her two bright infant nieces? If Lelo can graduate into a good job, she can help the next generation to get an education. That is much more empowering for her family than to rely on international aid: and much more sustainable too.

Women LEAD: What, to you, are the biggest challenges that women in business start-ups face? What must change to overcome these challenges?

Georgina-Kate Adams: I think there is generally a perception that women don’t know as much about business and numbers as men. In the developing world, where two thirds of the illiterate population are women, perhaps this is true – but this doesn’t make them any less capable of being good entrepreneurs. Women are resilient and sensitive and persuasive: excellent skills for enterprise.

Starting a business is like having a baby, but one of the challenges for women is that they may also have babies or children at home. Trying to juggle these commitments can be immensely difficult, without sacrificing one for the other. That said, done well, self-employment represents an excellent opportunity for mothers, because of the flexibility it offers.

Bringing up healthy, emotionally-intelligent, educated children is as important for a country’s economy as GDP and it would be great if more governments understood this. Then they could provide more support for mothers to start their own businesses and encourage their development, while respecting the importance of maintaining family life.

Georgina-Kate Adams: Growing up, I thought feminism was an out-dated concept. I went to an all-girls school where we were told we could do and be anything we put our minds to, and we never doubted it. But as I got older, I realized there were many women for whom this wasn’t the case and for who gender inequality was a very real, daily struggle.

In Swaziland, women are often the breadwinners, head of their households and the glue for society, yet culturally remain subordinate to men. It’s not about placing one sex above another, but if women could just be given an equal place in society, I believe the world would be a much more efficient, productive, fair and happier place.

Georgina-Kate Adams: I come from a family of amazing women, but outside my kin the woman who has impacted me most is Alicia Keys. I was very ill as a teenager, but through Alicia’s example I saw that with wisdom, patience and determination you can overcome any trial and make your dreams a reality.

Her charity Keep A Child Alive is a huge source of inspiration for me and definitely peaked my consciousness about HIV (which ultimately led me to Swaziland). I met Alicia a few times and her humility and compassion for others shines brightly. I continue to admire her immensely.

Women LEAD: Are there websites or books that are inspiring you right now about gender equality?

Georgina-Kate Adams: When I read Half the Sky, I wanted to grab the world with both hands and shake it! I read extracts to anyone who would listen, normally about really appalling atrocities (which wasn’t always appreciated!), but I couldn’t bear to keep these stories to myself. Even for a minute.

When I was travelling recently I listened to I am Malala as an audiobook. I was awe-struck – at times sobbing into my sleeping bag, at others enraged, inspired and energised. If every girl could be Malala, just think where the world would be. Every girl can be Malala!

A favourite of mine is Moving Mountains,the autobiography of Claire Bertschinger, the ICRC nurse who inspired BandAid. The title was taken from an evening spent in dialogue with Afghani warlords. One asked: “How can you, a gentle woman, make a difference in this situation Miss Claire?” She thought for a minute, then responded: “There’s nothing sweeter, gentler or softer than water, but water has the power to move mountains.”