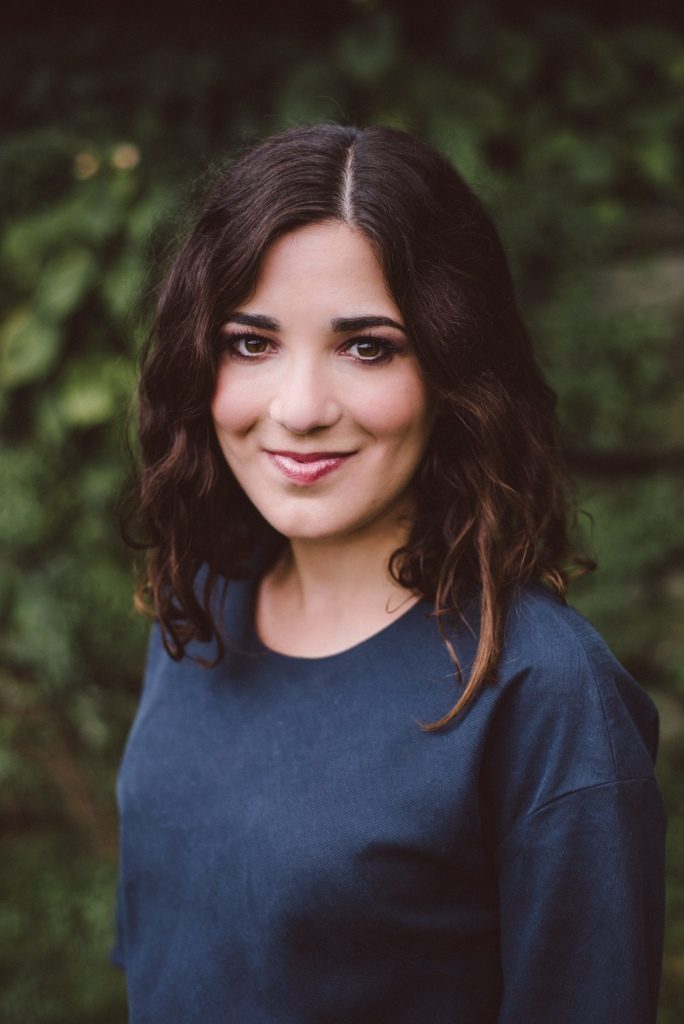 Emily Kramer-Golinkoff is a 32-year-old with advanced stage Cystic Fibrosis and the Co-Founder of Emily’s Entourage, a 501(c)3 that accelerates research for new treatments and a cure for Cystic Fibrosis, nationally recognized patient advocate and speaker. Since 2011, Emily’s Entourage has raised over $2.5 million and led worldwide efforts to fast-track research and drug development on nonsense Cystic Fibrosis mutations like Emily’s. Named a White House Precision Medicine “Champion of Change,” Emily has given talks at The White House, TEDx, University of Pennsylvania’s Annenberg School for Communication graduation, and Stanford University’s Medicine X conference. Her story has been featured on CNN, People, TIME, AOL.com, CBS’s The Doctors, and more. She is the recipient of the 2016 Global Genes Rare Champion of Hope for Advocacy Award. Emily has a master’s degree in bioethics and certification in clinical ethics mediation from the University of Pennsylvania, where she also completed her undergraduate degree.

How did you come to found Emily’s Entourage and what were some challenges you faced when founding the organization?

Emily Kramer-Golinkoff: We started in Emily’s Entourage back in December 2011. There were these exciting, game-changing breakthroughs happening in CF treatment, but they were targeted at specific genetic mutations. Unfortunately, I have a rare nonsense mutation of CF and none of the breakthroughs were for me. At the same time, my disease was rapidly advancing. We threw ourselves into the research and quickly realized that there was a dearth of work being done on nonsense mutations like mine. It became clear that at the current rate, there wouldn’t be a breakthrough in time to save my life or the lives of others like me. It was really a do or die moment for us where we realized it was up to us – and so, we dove in head first.

Our biggest challenge was that we had absolutely no experience in fundraising or science, and given the advanced stage of my disease, we were racing against the clock. It’s been a steep learning curve, but we obviously have a huge vested interest in the outcome and we’ve learned quickly on the job. I also think our outsider status has been a valuable asset in a sense allowing us to infuse fresh eyes, innovation and creativity in reimagining the drug development process.

Your story is incredible – what did you do personally to cope with your illness and turn adversity into opportunity?

Emily Kramer-Golinkoff: I realized early on that bemoaning that which you change doesn’t get you far. You get further and you feel better when you channel those emotions into something productive. I get peace from knowing that I’m doing everything in my power to change my fate and secure a future for me and everyone like me.

Still, managing CF is tough. There’s no way around that. The things that keep me motivated and engaged and empower me to rise above the adversity are community, purpose, and agency. I have an unbelievable support system around me that makes fighting so hard for breakthroughs worthwhile. I couldn’t — and wouldn’t want to — do any of what I do without them.

What sets Emily’s Entourage apart from other nonprofit organizations focused on cystic fibrosis?

Emily Kramer-Golinkoff: At Emily’s Entourage, we’re laser focused on one goal — fast tracking research and drug development for nonsense mutations of CF. We want to steam roll breakthroughs and save lives quickly. As a small, grassroots nonprofit, we’re lean, agile, scrappy and we move fast, which allows us to work on high risk/high reward projects. We’re out of the box thinkers and open to innovative, unconventional ways of doing things. We’re also deeply committed to multi stakeholder collaboration. We believe that we’re smarter and we can work faster when we partner together and leverage the unique expertise of all stakeholders, including, importantly, patients and families.

You were also involved with leading numerous marketing, social media, and video production initiatives at the University of Pennsylvania’s School of Medicine. Can you tell us about some of your experiences here and your key takeaways?

Emily Kramer-Golinkoff: I worked at Penn Medicine in a variety of different capacities  I spent many years working in strategic marketing services focusing on video production and social media and then worked in the Center for Digital Health on digital health research.

I believe very strongly in the power of storytelling. I believe it is the agent for change in biomedicine (and practically everything), that nothing touches the heart, permeates the soul, and mobilizes change like a powerful story. I see social media as the delivery mechanism, if you will, delivering stories straight to the heart and soul of people all around the globe. Social media has allowed us, a small, grassroots nonprofit, to shatter geographic silos and build a global community that has radically transformed our ability to raise money and awareness – and critically, to do it with extreme speed.

I think that digital technology is one of the most valuable assets we have. It is a democratizer, a catalyst, and we’d be foolish not to fully leverage its potential as a lean foundation pushing the boundaries of science and medicine.

Emily Kramer-Golinkoff: After graduating from Penn as a communications undergrad, I was interested in media and health care, but committed to staying local. Frankly, I wasn’t thrilled about the media opportunities locally, but as for health care, you’d be hard pressed to find a better city than Philadelphia. So I dove right in. I got a job as marketing assistant in Penn Medicine’s strategic marketing services department. As a patient at Penn Medicine, I knew I could wholeheartedly get behind the brand and that was something that was very important to me.

One major health care trend that I’m seeing and very pumped about is the increased focus in leveraging the unique expertise of patients and families in biomedicine. Nobody has a bigger vested interest in outcomes than we do. I believe we’re the most untapped asset in health care and I also believe that the only way to effectively change health care for the better is by meaningfully including all health care members in every part of biomedicine and every step along the way. I believe that health care is best practiced as a team sport.

Emily Kramer-Golinkoff: Last week, I had the tremendous honor of meeting Sheryl Sandberg. My expectations were sky high and I have to say, they were absolutely shattered. She was more gracious, warm, present, compassionate and connected than I could have ever imagined. To know that someone who is such a rock star and so wildly successful is also such a spectacular human being really reaffirmed my belief in the kindness and compassion and connection of humanity.

What are your favorite books, websites, films, and/or resources?

Emily Kramer-Golinkoff: There are many. I found Paul Kalanithi’s When Breath Becomes Air to be absolutely life-changing. I also adored The Immortal Life of Henrietta Lacks. It was incredibly relevant given the work we’re doing with Emily’s Entourage and my cells.