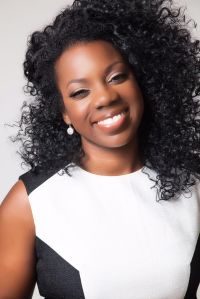 Beverly (Bev) Gooden is an activist, victims’ rights advocate, social analyst, public speaker and writer. She is the creator of #WhyIStayed, a Twitter hashtag that ignited a global movement encouraging survivors of domestic violence and intimate partner violence to share their stories. As a presenter, Beverly has spoken about domestic violence sensitivity and the power of storytelling. She also has hosted presentations focused on online advocacy and activism, blogging, and sharing in the digital space. Beverly has been featured on numerous online platforms including CNN, TIME, Good Morning America, and The Huffington Post. Her writing has been published in The New York Times and NBC’s Today.

Bev Gooden: I was raised in Cleveland, Ohio and attended Hampton University for college. My major was Journalism and Communications, and I’ve always had a passion for writing. But when I graduated in 2005, I could not find work in my field. I spent two years in Government Relations before deciding to pursue a graduate degree in Social Justice.

Women LEAD: You are the creator of #WhyIStayed, a hashtag and global conversation about domestic violence and intimate partner violence. Can you tell us more about #WhyIStayed, what inspired you to start it, and its impact?

Bev Gooden: I logged on to Twitter one morning and the full video of Ray Rice assaulting his fiancé had gone viral. Scrolling down my timeline, I noticed a trend: people were asking why his fiancé stayed with him after he hit her. At the time, only a few people knew about my past abusive marriage. I was having a conversation with another Twitter user about our abusive relationships, and ended one of my tweets with the hashtag #WhyIStayed. I remember feeling so outraged that the onus was on Janay Rice, that I decided to tweet a few more reasons why I stayed. A few hours later, the hashtag was trending.

Since the hashtag began, women have continued the conversation about the impact of domestic violence on their lives. Many are still tweeting their stories using the hashtag. Oftentimes people have a tendency to talk about, and not to, survivors. With #WhyIStayed, survivors reclaimed the narrative. The world had no choice but to listen. I think that is incredible and I’m honored to have been a part of this movement.

Women LEAD: What, in your opinion, are the main reasons why women stay in violent relationships?

Bev Gooden: Fear, shame, isolation, love, danger. For me, I did not want the marriage to end, just the violence. I was willing to try anything to both end the violence and save the marriage. So on the outside, it looked complacent. But in reality, I was attempting to reclaim the beautiful relationship I’d once had.

It’s important to understand the insidious nature of domestic violence. Abusive behaviors are subtle and build gradually. Abusers are often romantic, loving, and gentle in the beginning. So, by the time violence occurs, you’ve already experienced a loving partner. Before long, you are caught in a cycle of abuse. The cycle is very difficult to escape considering both the emotional and psychological elements. That is why I stress the value of asking a woman what she needs rather than asking why she stays.

Women LEAD: What are some steps one can take to curb domestic violence and intimate partner violence worldwide?

Bev Gooden: The approach involves four components: listen, educate, be involved, and mobilize boys and men. The first component involves hearing the voice of the survivor, without interruption or opinion. We live in a society that values speaking over listening. Everyone has something to say. Few take the time to actively listen. The second component is education for children, teens, and adults. The third component is community involvement. Volunteer, donate, participate, and ask how you can support your local domestic violence org. And lastly, we have to mobilize boys and men. I believe that men can help prevent violence against women by interrupting the violent behaviors of other men and holding each other accountable.

Bev Gooden: Women are the core of society. Without women, society does not function. Yet, we are paid 78% of what men are paid, denied reproductive health sovereignty, racially sexualized, dehumanized, and simply not recognized for the complexity and nuance implicit in our humanity. I believe in women’s empowerment because I believe in equity.

Bev Gooden: It’s difficult to choose just one, but the one who has had the greatest impact gave birth to the one who raised me. So it’s like a two-for-one special! My grandmother was a school custodian for over 30 years, and she did it with pride. I believe that pride was a combination of strength, self-assurance and faith. She commanded respect, but not vocally; she commanded it by carrying herself with a peculiar refinement. My grandmother believed in me; she had full confidence that I would achieve great things. She had confidence in me when I did not have confidence in myself. In 2012, she died of complications from Alzheimer’s. But her power, grace, wit, and faith are models for me. I am her legacy and I don’t take that lightly.

Women LEAD: What advice do you have for survivors of domestic violence and intimate partner violence?

Bev Gooden: If you decide to leave your abuser, try and have a plan. The domestic violence hotline can answer any questions and connect you with resources in your community. Your feelings, fears, and thoughts are valid; please don’t let anyone convince you otherwise. The process if difficult and it will not be easy, but know that you’re not alone.

Women LEAD: Are there books inspiring you right now about gender equality and women’s empowerment?

Bev Gooden: I love reading anything by Chimamanda Ngozi Adichie. She has a command of language that inspires and confronts. I’m also reading “Knowing Your Value: Women, Money and Getting What You’re Worth” by Mika Brzezinsk. My favorite thought leader is Mellody Hobson. She has not written a book, but you can find articles and videos from her on the web. She is brilliant, and I want to be like her when I grow up.