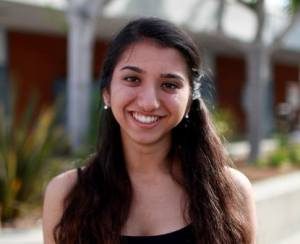 Avika Dua is a freshman at Harvard University who is interested in majoring in Economics and/or Government. A dedicated philanthropist, Avika is passionate about sustainable giving, nonprofit service, education advocacy and women’s empowerment. In high school, Avika served as the CEO of For All Mankind, a student-led 501(c)(3) nonprofit that has raised funds for child soldier rehabilitation in the Congo, the construction of a well in Uganda, and medical care to people caught in war zones. As a fervent proponent of women’s education, she believes that education is the great equalizer and a fundamental right that warrants universal access. Currently, Avika is involved with the Harvard Undergraduate Women in Business and is a contributing writer for the Harvard Political Review.

Women LEAD: Tell us a bit about yourself.

Avika Dua: I hail from Walnut, California and am currently a freshman studying at Harvard University in beautiful Cambridge, Massachusetts. I’m looking to concentrate in Economics and/or Government and hope to ultimately end up at an intersection of policy and business. I’m currently involved with the Harvard Undergraduate Women in Business (HUWIB), an organization that works to empower women pursuing business or business-related career paths.

I’ve always believed in the Hillary Clinton quote: “Women are the largest untapped reservoir of talent in the world”. It’s easy for girls and young women to sometimes feel disadvantaged or marginalized. Even here at Harvard, you see a lot of men leading the consulting, banking and finance groups. However, women leaders are absolutely important and nowadays, there are so many incredible movements advocating for girls’ empowerment. A great example that HUWIB featured at our recent Intercollegiate Business Conference is The Girl Effect, an organization with a mission of bringing adolescent girls out of poverty and empowering them to make a change.  I definitely believe that education is the way to empower girls. Through this nonprofit I led called For All Mankind, and through my current work with Givology (an online P2P giving marketplace that leverages dollar donations to fund education projects in developing countries), I try to make it an important part of my life to really try to help my counterparts in other countries have the same opportunities that I’ve been lucky enough to have here in the U.S.

Women LEAD: Why did you decide to get involved with volunteer work, and more specifically, the HUWIB program?

Avika Dua: I’m looking somehow to stay involved with nonprofit leadership, and HUWIB provides you with the tools necessary to become an effective leader in any profession you pursue. It does have a few specific projects that relate to nonprofit organizations, but even more interestingly we’ve been given opportunities to meet powerful, inspirational women leaders each week. At various HUWIB events, I’ve met women who are CEOs of companies, have advised Presidents, and have played integral roles in working to close the gender gap. There are so many inspirational women who are working towards making positive social change. To have the chance to hear their inspiring stories and keep them as mentors, to be able to reach out whenever I have a question – that’s what HUWIB has done for me. It’s allowed me to have positive role models and female leaders, allowing me to build relationships with people that I’d never otherwise get to meet and gain confidence in my own abilities.

Service has always been something really important to me. When I realized how fortunate I was to live in a community where I could barely tell the difference between men’s roles and women’s roles––as everybody was allowed the same opportunities in high school––I saw that that wasn’t always the case and I started working with organizations that reached outside of my own community into the global community. Seeing girls that couldn’t even afford to go to school, who didn’t have the materials and resources necessary just made me really upset. Givology, a nonprofit that leverages dollar donations to grassroots education projects in the developing world, was one means through which I could learn the stories of students from China, India, Haiti, and Colombia, among others, and work to give these stories a happier ending. For All Mankind was an organization that didn’t necessarily focus on girls, but finances projects that promote human rights and last year, we funded the creation of a well in Uganda. The well is going to help girls and boys alike as it is situated near a school; usually a lack of water prevents students from being able to focus on their studies and attend school because they have to go and get water for their families. Having a well at their school will hopefully help with this movement to turn the tides of education for boys and girls. 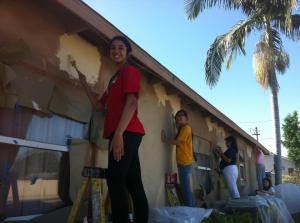 Women LEAD: Can you describe one woman who has inspired or encouraged you in your life?

Avika Dua: There’s one who I write about a lot – she was CNN’s 2010 Hero of the Year, her name is Anuradha Koirala. She runs an organization called Maiti Nepal. She is such an inspirational woman – what she does is rescue women who were trafficked into the sex industry and she rehabilitates them. Back in 2010 and throughout the year, she has rescued so many women and helped them reconnect with their families and reintegrated them into Nepali society, which is so important. A lot of the time when people rescue women who have been trafficked into slavery, they don’t follow up or necessarily work through all the problems that have arisen because of that. What Anuradha Koirala does is reunite women with their families, work through the psychological problems, and provides rehabilitation through her own school and shelter. She ultimately works to re-instill confidence in these women, ensuring that they feel completely supported in what they’re going to do.

Women LEAD: Why is girls’ education important to you?

Avika Dua: Girls have so much potential, and it’s so unfortunate that so many women are seen as less inherently capable than men. Even here in the US, when they make 60 to 75 cents to a man’s dollar, it just makes me really upset that we’ve come so far as a society, but yet we haven’t necessarily tackled a problem as intuitive to solve as gender inequality. Gender inequality doesn’t have to exist and that’s why I feel like it’s such an important problem to address.

Even more troubling, right now 250 million young girls live in poverty. This stems from conventional views of women preventing them from leveraging the same opportunities that men have. Seeing girls as equal and starting a movement is the part that should come naturally, something we should see by now. It should be obvious that girls have potential and that they should be presented with the same educational and professional opportunities as boys.

Women LEAD: What advice do you have for young women leaders and potential social entrepreneurs?

Avika Dua: There’s a good quote about opportunity: “If opportunity doesn’t knock, you have to beat down the door.” For girls who aren’t necessarily being told to get involved in certain activities, who aren’t encouraged to go to school, my advice would be to beat down the door if opportunity isn’t knocking. Girls have so much potential and I think that a lot of times when they’re told “no”, it completely affects their confidence in their abilities. I want every girl should know that she can make a difference, that she is limited only by what she imagines she can’t do. One day, as a result of these efforts, women won’t have to beat down the door anymore; it’ll just be open.

For rising social entrepreneurs or activists looking to start or join an organization, my advice would be to do it. There are so many logistics and areas of uncertainty that inhibit people from getting involved, and a lot of the time, they don’t know where to start. I’d say it can really be as simple as Google searching: “How do I get involved with women’s rights organizations, cause X or cause Y?” A lot of the time, it just takes asking someone who you know volunteers, and starting at the local level by finding an organization where you can make a difference in your own community.

Women LEAD: Are there websites/books you find inspiring right now related to the theme of girls’ education and gender equality?

Avika Dua: I definitely say visit http://girleffect.org, they have something called The Girl Declaration that is modeled like Millennium Development goals, but focused on eliminating gender inequality. You can read The Girl Declaration and add your support to the movement by signing it. Half the Sky by Nicholas D. Kristof and Sheryl WuDunn is one of my favorite books. The authors specifically give you advice on how you can get involved; they highlight a few great nonprofits. It’s a great book on telling you not only how you can get involved, but also giving you a history of the problems, showing you how real gender inequality is, just being a life-changing read.

Women LEAD: What needs to change to increase interest and participation in politics from this generation of young women?

Avika Dua: I think a lot of it comes down to education. School is one of the most formative experiences you can have growing up; it shapes who you are and what you believe. I think schools need to do a better job to encourage girls to feel more involved. There are a lot of studies that show favoritism to boys in schools. In a lot of countries, girls are inhibited from going to school, and a lot of parents just expect them to marry and procreate, which is just a terrible thing to actually believe exists. Making sure that girls are informed about the issues, that they feel a sense of involvement and participation in school, that’s where it starts. After they graduate from school, they will have the confidence and skills necessary to rise to the top of their desired professions.