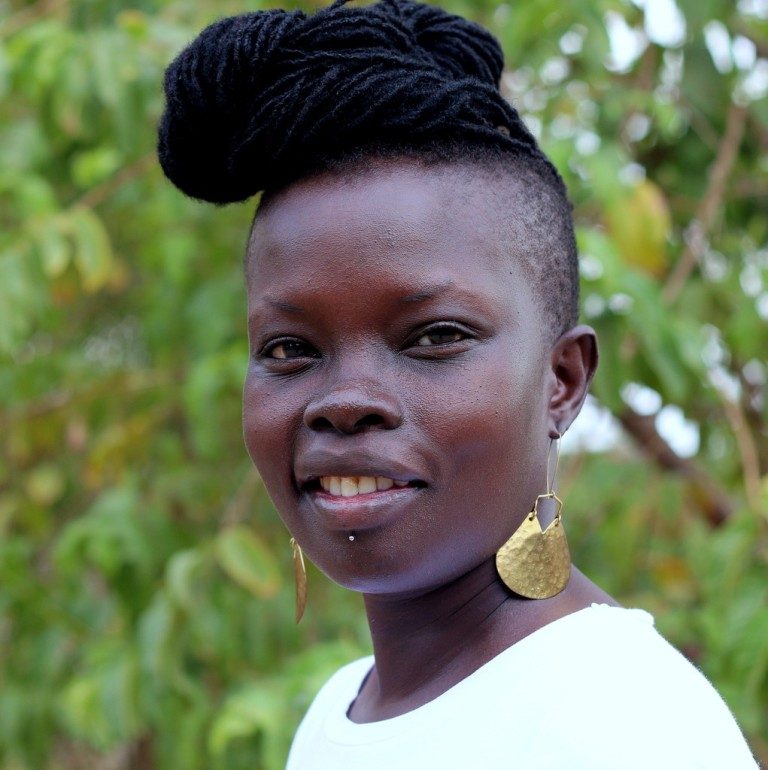 Akuja de Garang is the Team Leader of Girls’ Education South Sudan (GESS), an initiative of the Ministry of General Education and Instruction of South Sudan and funded by the UK Government that gives girls cash transfers for their primary and secondary school education. Born in South Sudan, she was just eight years old when the war forced her family to flee South Sudan to Cairo and the UK. Akuja has previously worked UNICEF and with the United Nations Office for the Coordination of Humanitarian Affairs on issues such as child protection, youth participation, public sector reform and education. In her free time, Akuja works to research, document, promote and preserve South Sudanese cultural heritage and has set up a local NGO, PACH toward that objective. She also volunteers and supports a number of initiatives including the Juba Orphanage and Confident Children out of Conflict. Akuja has a BA in African Studies and holds a MSc in Violence, Conflict & Development both from the School of Oriental and African Studies – University of London.

Akuja de Garang: I left Juba, where I was born, in the then Southern Sudan, at the age of 8 when the civil war started in the early eighties. My family like many others left as the war was heating up and moved to Khartoum in the north. Life in Khartoum was safer however it was not home as Southern Sudanese are often treated as second class citizens. My family tried to stick it out for several years however soon enough we realized that there is no a real future for us, given the apparent unequal treatment of South Sudanese in terms of access to education and work.  My family decided to leave Sudan and sought asylum in Egypt. We lived in Egypt as refugees for about two years before we were accepted for a resettlement to the UK as part of UNHCR program.

From your experiences, what are some of the most dangerous issues women face in conflict zones and appealing for asylum?

Akuja de Garang: Gender and sexual violence and exploitation are by far the most horrific. For women living in areas of active conflict such as South Sudan at the moment, fear of rape is a daily reality. For those seeking asylum, sexual and physical violence and exploitation is also a grave concern. For instance, in my experience while a refugee in Egypt, domestic work was one the few work options available for refugees. There is nothing wrong in being a cleaner or a housekeeper in itself. The problem was that this was dangerous endeavor for many as who worked in these homes. Many suffer horrific abuse even death at the hands of their employers.

Can you tell us about the hyperinflation in South Sudan and your experiences working in such an economic context?

Akuja de Garang: The economic situation in South Sudan has progressively gotten worse over the last four years. Ninety-eight percent of South Sudan revenues come from oil production. As a result of reduced oil output due to the conflict, coupled with the drop-in oil prices globally, the economy quickly deteriorated and the South Sudanese Pound (SSP) lost its value. As result the general population’s purchasing power has declined significantly to the extent that today the salary of a teacher is worth less than five British Pounds a month. This has crippled the ability to continue to deliver basic services such as health and education. Teachers and health workers are leaving their profession to seek work in the better paid private or NGO sectors. Naturally, with teachers not being in the classroom threatens the objectives the Girls’ Education South Sudan is seeking to achieve.

You are the Program Leader for the Girls’ Education South Sudan (GESS). What are some programs that you have led with GESS?

Akuja de Garang: As the Team Leader, my role is to oversee the effective implementation of all the components of the program. This include behavior change communication to garner support for girls education, capitation grants provided to schools to improve the learning environment, cash transfers to girls and their families to supplement household income to enable parents to send their daughters to school and support to education practitioners and managers to improve the quality of education.

What are the main barriers to girls’ education in South Sudan?

Akuja de Garang: The key barriers to girls’ education in South Sudan include negative social and cultural practices such as early/forced marriage/pregnancy; poverty and lack of quality education.

Can you share with us your experiences working for UNICEF?

Akuja de Garang: My experience working with UNICEF was mainly working with youth and local authorities to raise awareness about SGBV, HIV/AIDS and human rights.  This work made me realise that these three issues are interlinked and a lot that still needs to be done in terms of eliminating harmful behaviours that exposes communities to HIV/AIDS.

Who is one woman who has impacted your life?

Akuja de Garang: My mother. She instilled in me value of hard work and self-reliance.

What is your advice for individuals interested in building girls’ education projects in their local communities?

Akuja de Garang: Every context is unique however we found that poverty is at the core of preventing millions of girls from going to school. It is likely that there are multiple issues to be addressed.  It has worked well for us in GESS to address these simultaneously using integrated approaches ultimately aiming for the same goal.