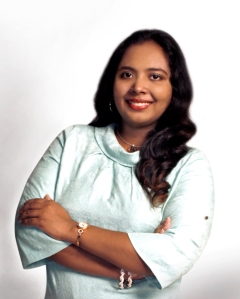 Sareswari Selva is the Founder of The Next Generation Digital Magazine, a leading digital magazine for social issues in Indonesia. With her background in IT, she understands how the lack of mentorship and role models for women in technology has hindered young generations in Indonesia from pursuing technology or computer science; hence she started an education program called Educate A Girl, Educate A Nation. The program offers free English language classes and programming classes. Sareswari is also a writer for online platforms and a TEDx speaker. She is also currently serving as a Chairperson for All Ladies League’s Indonesia chapter.

How did you come to found The Next Generation Digital Magazine and what were the main challenges you faced when founding it?

Sareswari Selva: I have been always wanting to give something back to society, but never knew what. It was all until I encountered a news article about female genital mutilation. I was curious about it and did some research and the result was really surprising – not many people knew about it.  That day I realized a sad truth – we live in a society where it’s easier for us to find a restaurant near us than find out about abuses or violation of rights of the women or children around us. That was when I decided to start Next Generation Magazine; it has a simple message that all these social issues can be happening right around people yet they don’t know anything about these issues and don’t know how to help.

The Next Generation Magazine focuses on social issues, varying from gender equality to clean water and I know that I had to take the first step; therefore, I decided to make Next Generation paperless. It became a way of our magazine telling people to save our environment and it also became the biggest challenge. As much as we are all connected to the internet and using smartphones everyday, we are not yet embracing the digital world fully. When we tell people it’s a magazine, they first thought it would be something like a book – something they could flip through. Many were not familiar with the concept of a digital magazine.

How is The Next Generation Digital Magazine unique from other magazines focused on social impact?

Sareswari Selva: Next Generation doesn’t only want to focus on social issues, but also wants to get people involved, to set an example by addressing the issue directly. For example, one of our main focuses is education for girls. We are extensively getting information, by collaborating with UNICEF, and interviewing leaders and professionals around the world. Other than that, we are launching a campaign called Educate A Girl, Educate A Nation where we are partnering with local entities to give free English classes and programming classes to underprivileged girls.

We want our content to be not just informative but educative. We are covering interviews from experts to the people who have gone through a particular social issue. We also have local journalists, writers, and contributors from almost all countries we are focusing on.

Can you tell us about The Next Generation Digital Magazine‘s sections on Women and Water & Sanitation?

Sareswari Selva: Women’s empowerment, gender equality, feminism. We are hearing and seeing news related to these almost everyday, but still we are not seeing any significant changes and many are either not aware or having a misconception on either one. Women are not fundamentally the same as men. Men can never bring a new life to this world and there are so many other differences between men and women but all that aside, women are neither superior to nor inferior than men – women are equal. That’s the main focus of our women’s section.

People who are currently living in developed countries, such as Canada, are blessed with abundant resources, such as clean water. They probably don’t have to walk miles away just to fetch water. However, the situation is not the same with children in South Sudan, a country where war and political instability are raging. Unfortunately, due to certain reasons we are not seeing that being covered in most media so we want to inform and educate our readers on that matter.

What do you enjoy doing outside your work?

Sareswari Selva: I do quite a lot of things on my free time, such as reading, writing, and watching movies. I’m a quite a movie addict. I mostly enjoy superhero related movies and the adventure genres. Other than that, being a programmer, I like to develop few applications during my free time.

You also write extensively about empowering women in technology. Can you tell us about your advocacy for women in tech?

Sareswari Selva: I have an IT background. I got a lot of questions and discouragement when I wanted to pursue my career in IT. During my university years, we had far fewer women compared to men – less than 15% in total and I was the only woman in the entire class of first year students. The situation was quite intimidating. It didn’t only stop there; when I went to India to purse my master degree, I witnessed even fewer women in technology field – such as lecturers.

I still remember, during one of the programming lessons in class, I witnessed most of my female friends asking for help from the boys, without attempting to try. When I asked why they didn’t attempt to do it they told me they were scared of making the mistakes and would rather not do it at all. However when I asked the boys, their answer was, we didn’t know how to do it either but we just tried it.

I realized then there was something hindering women from being involved in technology. My advocacy for women in technology is to get them familiar with technology. If they can get themselves familiar with it, they are more likely want to know more about it, and for that we need to start at the earliest part of education.

What is your advice for the next generation of women in science and technology?

Sareswari Selva: We have fewer female role models in science and technology and that is one of the main reasons why women don’t want to pursue this field. My advice is, as a women in science and technology – when you can’t find a role model then become one.  Help your juniors or your colleagues if you find them in need of assistance. Let’s build each other up together.

If we find our phone or laptop suddenly not working, the first thing we will do is unplug or restart it. My advice is that you should start doing to yourself too. This field is not easy. You are maybe in your third year, feeling overwhelmed with all your projects or maybe you have had many tensions in the workplace – just a take time off, take a deep breath, get some fresh air before continuing it again.

Sareswari Selva: My mom made me the woman I am today. She is one of the strongest women I have ever known and all that I’m doing and going to do are definitely inspired by her.

What are your favorite books, websites, films and/or resources?

Sareswari Selva: I read a lot of books and its quite hard to pick favorites. I think the first book I read, Harry Potter, allowed me to explore my imagination and taught me to always show kindness and love to everyone. Secondly, I Know Why Caged Bird Sings by Maya Angelou. It was the story of her childhood, her choices and her life journey.

For movies, I think it will Inside Out, this movie powerfully explores a controversial subject – depression. It’s something we need to address, not avoid. Another one would be Hidden Figures, this movie beautifully portrayed the most talked mission in history. It’s a must watch for everyone.

For resources, I would like to direct it to The Next Generation Digital Magazine and UNICEF.